Pace Football Stars at the Next Level 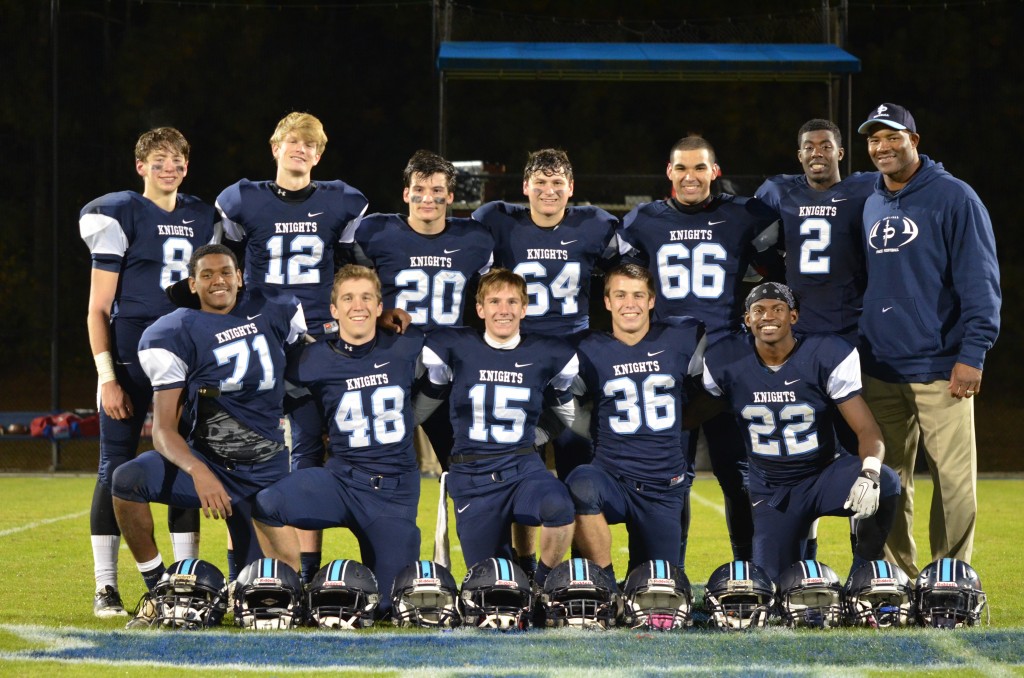 Senior football players, Class of 2014, are all smiles after their win over Mt. Vernon last year. Photo: Fred Assaf

Most Pace upper school students will remember the Senior Honors assembly at the end of last school year, when the amazing Class of 2014 athletes were recognized and sent off to the next step in their careers and lives. Pace said goodbye to three outstanding football athletes who are now freshmen in college. The Knightly News caught up with all of them to see how they are doing in their respective college football programs.

John Morrison (Pace #15) is enjoying his first semester at the University of Alabama in Tuscaloosa, Ala. Going from being the long-snapper at Pace Academy to now a redshirt freshman on the Alabama football team has not been as much of a tough transition as one may think. “We do the same kind of drills, lifts, runs, and such, but the biggest difference is the intensity,” said John.” Also, the talent is insane. Denzel [Franklin] and Kameron [Uter] were standout players at Pace, but at Alabama, every freshman has that kind of talent.” John has had fun outside of all the work and practice. “It was kind of shocking to run and lift with guys like Derrick Henry, Amari Cooper and Landon Collins,” he said. “It’s fun when those guys who you looked at as stars in high school just become teammates.”

John King (Pace #12) has had similar experiences as a college quarterback. If school wasn’t enough at the Massachusetts Institute of Technology (located in Cambridge, Mass.), John is always having to stay on top of his football studies. “The time commitment is a lot more demanding, and I’ve had to memorize a 150-page playbook,” said John. “Also, the no huddle offense is a lot more complex. It’s tough balancing schoolwork with football, but the coaches do put academics first.” After playing football for Pace, John is filling a similar role on the field at MIT, saying he has “mastered” the backup quarterback position. Even as a freshman, though, he has already seen the field multiple times.

Out west in Palo Alto, Calif., defensive-back Denzel Franklin (Pace #22) is also taking a redshirt year at Stanford University. Denzel never believed the hype about himself and is continuing to get better this year. “I always felt like I had something to prove and I still have the same mind-set playing out there,” said Denzel. “The adjustment to college football was not that bad for me. “It’s just that you have to actually put your all into it and have a passion for the game, or you will never really learn the system and grow as a player.”