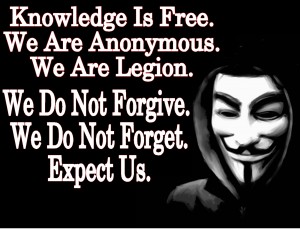 Pace was recently hacked, triggering a severe response by the Academy
Photo: Anonymous

On April 1, Pace Academy suffered a major data breach, losing hundreds of thousands of personal details that have resulted in identity theft, the selling of confidential data and a loss of trust by the Pace community. Though the Pace administration attempted to cover the issue by calling it a severe server error, mystery surrounded the true story – until now.

According to George Sokolsky, the lead database technician for Pace, a server error was not to blame for the catastrophe. Instead, the issue has been traced to a local labor union’s headquarters that’s suspected to have performed a large-scale cyber attack on the Academy’s servers. Reinforcing this evidence, the Twitter user “Unions Anonymous” has tweeted remarks about the builder’s use of non-union labor for the Pace’s new Upper School. After a careful examination of the GPS coordinates from the location of the Twitter user and the source of the attacks, Pace administrators discovered that they fit together perfectly, indicating a clear connection. Therefore, it seems that after being run off the sidewalk of W. Paces Ferry, the protesters have taken to the Web to fight the use of non-union labor.

In order to defend against more possible attacks, Mr. Assaf has gone to great lengths to upgrade Pace’s digital armor and prepare for full-scale cyber warfare. In a recent press release, as Mr. Assaf raced to finish assembling a fleet of machines for his new arsenal, he announced the arrival of “new supercomputers that would make the NSA blush.” Mr. Assaf also plans on training students in cyber warfare in order to create a Pace army. He claims that “Pace will seek revenge in the coming future, utilizing every resource to destroy the threat of a union cyber attack before it can hit the campus,” and plans to set his plan into motion on April 15.