Heroin Addiction on the Rise in Atlanta 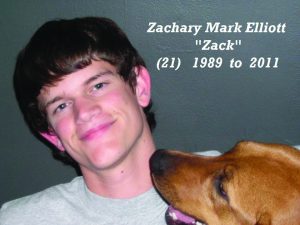 On the night of April 30, 2011, Zack Elliott left the house of his aunt and uncle after the two went out to dinner. From there, Zack traveled to “the Bluff,” a neighborhood made notorious by its role as the hub of Atlanta’s heroin market. He would not return the next morning.

Zack, a former Pace student, began experimenting with drugs in November 2005. (Zack graduated from Grady High School.) By February 2006, he had already begun using heroin. Zack struggled with addiction over the next several years. He found himself in and out of various halfway houses and rehabilitation programs, but like many other heroin addicts, he was unable to escape the grip of his addiction. “You’re either going to get sober or you’re going to die,” said Zack’s mother, Robin Elliot, “He wanted to get sober, but the lure of it is so mind-boggling.”

Zack’s death at the age of 21 is part of an alarming trend: rates of heroin addiction are increasing in Atlanta. In 2011, metro Atlanta saw 31 deaths as a a result of heroin overdoses. In 2013, that number grew to over 60. In Fulton County alone, there have been 73 heroin-related deaths since 2011. The apparent spike in usage could be related to the price of the drug. Doses of heroin can be purchased for $10 t0 $15, making it much cheaper than illegally obtained prescription opiates. Many people begin using heroin after becoming addicted to opiates such as Oxycodone. When prescriptions or supplies run out, they turn to heroin, a cheaper and more easily accessible alternative with similar effects.

Furthermore, heroin users in Atlanta are increasingly coming from the city’s suburbs. Sales of the drug are spreading to more affluent areas of society; in the past six months, students from North Atlanta High School and Woodward Academy have died as a result of overdoses. In response to the growing problem, Georgia state legislators will soon be considering Georgia House Bill 965. This law would make drug users who called 911 to report an overdose immune to arrest. Another bill, House Bill 966, would increase the availability of opiate-blocking medication, which could save many users from potential overdoses.

The recent death by overdose of Philip Seymour Hoffman has shed light on increasing rates of heroin use. Despite his high profile, Hoffman followed a familiar path: he began abusing drugs in college before entering a rehabilitation program at age 22. He then remained sober until 2012, when he relapsed with both heroin and other prescription medications. Early in 2014, he was found dead in his apartment.

While Robin Elliot encourages people who are worried about a friend’s drug use to speak out, she also notes that the burden ultimately falls upon the user. Undoubtedly, overcoming a heroin addiction is a toilsome task. For Mrs. Elliot, the optimal solution is to never use the drug in the first place. “You just cannot ever try it. You cannot ever ever try it,” said Mrs. Elliot, “There are people that can use alcohol responsibly and there are people that can’t. There is nobody that can use heroin responsibly. It’s not worth the experiment.”