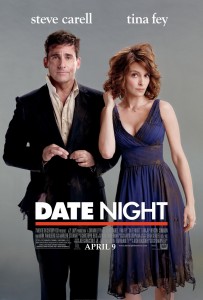 Don’t let your Valentine’s Day date end up like this.
Photo: Imdb.com

As Valentine’s Day approaches, many people are anticipating romantic dates, while others cringe at the memory of past dates gone wrong.  While it may have been a while for some married faculty since they’ve been on an awkward date, the worst ones still linger in their memories.

“When I was in college I had a date with a football player. We went to a restaurant and we were sitting very close to the entrance of the bathroom. I told him I was going to use the bathroom, and when I got there, I went straight in and didn’t even look at the sign,” said Señora Agront-Hobbs. She unknowingly entered the men’s bathroom, and claims that her date was aware of her mistake but didn’t stop her. “When I was in the bathroom I looked down and saw a man’s shoes, so I got on top of the toilet. I took my shoes off and I stayed there very quietly because I didn’t want the guy to know I was in the bathroom. I waited and waited and waited, and trust me, it wasn’t a pretty thing. It took forever,” she said.

When the man left the bathroom, she was finally able to leave as well. “When I came outside, my date was standing there laughing so hard. He said to me, ‘Is there something you need to tell me?’ He was trying to be funny. I said, ‘Yeah! I just need to tell you that this date is over and we are not going out again.’ She left at that point, without eating her dinner. “The next day, he apparently told the whole football team because when I went to practice, we went to the weight room, and all the guys said, ‘I heard what happened to you last night.’ He called me over and over again, but I said ‘no, I will never go out with you again.'”

Mr. Matanes related a story about how he was pressured into going to the prom with his mom’s friend’s daughter. “She stole the keys to my father’s BMW and drove us there. She made me get on the dance floor before everyone else, so at first we were the only ones dancing. She did some horrible, horrible dance moves to a terrible singer called Lionel Richie. She ate everyone else’s steak at the dinner, and overall it was an embarrassing evening,” said Mr. Matanes.

Mrs. Wilhelmsen related an embarrassing experience that involved her twin sister’s boyfriend. During college, her sister came to visit her at Bowdoin. While she was visiting, her sister’s boyfriend showed up unexpectedly to see her. “He and I had never met. When he showed up at my dorm room and I opened the door, he gave me a huge bear hug and started to give me a kiss before I pushed him away and said, ‘Get off me and who are you?’ It took us a couple of minutes to sort through the details and then make appropriate introductions. Awkward,” said Mrs. Wilhelmsen.