Super Bowl Halftime Shows a Big Draw for Some Viewers 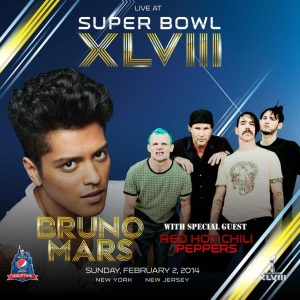 Super Bowl XLVIII is almost upon us, airing this Sunday at 6:30 p.m. on FOX. As viewers prepare for the most watched television event of the year, remember that a lot of the viewers aren’t watching for the sake of the game. Many Americans only tune in for the halftime show (and maybe the commercials), which has become as iconic and extravagant as the actual game. The halftime shows have ranged from old-time bands beloved by all, such as the Rolling Stones and Bruce Springsteen, to more recent stars, like the Black Eyed Peas and Beyonce.

Opinions were mixed around Pace as to which shows were the best. Beyonce has a lot of fans, with senior Maddie Wanzer thinking her show last year was “great.” “My favorite of all time has to be the Rolling Stones,” said senior Harrison Halberg. Junior Austin Little cast his vote for the Black Eyed Peas, saying, “They were awesome. I really liked how they used the lighting of the stage as part of the show.”

3. Tom Petty and the Heartbreakers

This year Bruno Mars and the Red Hot Chili Peppers will be performing.