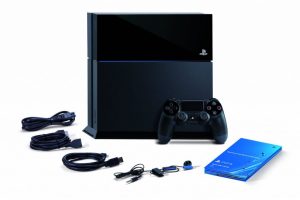 This year has already seen a massive amount of computing power improvements, from the lightning-fast A7 chip found inside the Apple iPhone 5S to the new generation of Intel Haswell processors that use much less power than previous ones, while also increasing performance. Two new gaming consoles, the Xbox One and PS4, are no exception. Though they lack the number of games needed to truly test their abilities, the statistics on their hardware are nothing short of stellar.

The Xbox One’s new components include an 8-core central processor, a new type of memory and an all-new graphics processor. These components are all built on one chip, part of a move called “systems on a chip.” These will increase speed throughout the entire system, while an entirely new operating system built on a form of Windows 8 will manage this power in a way that drastically improves performance.

The PS4’s new system is even more advanced, beating the One in terms of hardware. However, with few games available it is difficult to see how much these differences will matter. The other main facet of these gaming systems relates to their motion-sensing ability. The Xbox One focuses on making motion-sensing a core feature by continuously running its voice and movement recognition software, “Xbox Kinect,” regardless of whether or not the console is turned on. This comes standard, while Sony’s PlayStation Move is a $100 add-on that still requires a remote.

Though the hardware is important, the games for the platforms are what make or break them. Xbox One has no backwards compatibility, which makes it difficult for people with the Xbox or Xbox 360 to choose to invest in a system with very few games. However, Sony has opened up a new online streaming service for PS3 and PS4 games on the PlayStation Network, which allows owners of existing games to play their favorites as soon as they get the system. As new games are released, time will tell which platform will dominate, but as of now both systems showcase great potential and seem to be relatively equal.