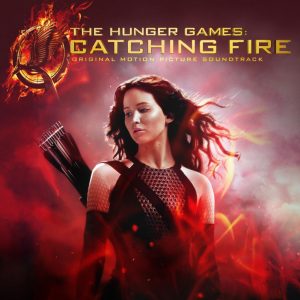 Having epic soundtracks packed with star artists is all the rage nowadays. Despite receiving mediocre reviews, Baz Luhrmann’s “Great Gatsby” did not disappoint on the musical front. Produced by none other than Jay-Z, the soundtrack featured a full array of artists ranging from Jack White to Will.i.am, and at one point in the movie, an 1920s adaptation of the dubstep hit “I Can’t Stop” that surprised and dazzled fans. The trend can also be seen in movies like “Spring Breakers” (soundtrack composed by Skrillex), “Skyfall” (Academy Award-winning theme by Adele), “Epic” (theme by Mumford and Sons) and the first “Hunger Games,” which recruited a unique combination of folky alt-indie artists whose somber, heavy sound blended to create one of the best soundtracks in recent history.

Sounds from District 12 and Beyond  had massive success, earning two Grammy nominations and gold certification, and was the best selling album of 2012. No doubt, the sequel has a lot to live up to. But with its stellar track listing, it has the potential to meet and even outdo its predecessor.

The Hunger Games: Catching Fire keeps with the same somber and heavy theme that characterized Sounds from District 12 and takes it up a notch. Just as the setting and emotions in part two of the trilogy get darker, so does the accompanying album. The main single from the album, “Atlas” by Coldplay, embodies both the theme of the album and remains consistent with the Coldplay sound we all know and love. It is, in fact, very reminiscent of the songs on their sophomore album, A Rush of Blood to the Head.

The album’s wide range of talent is what makes it so great. It features the Grammy-nominated Lumineers, whose painful but uplifting anthem “Gale Song” somehow matches up perfectly with Sia and Diplo’s heavy, electro-infused, hip-hop sound on “Elastic Heart.” Other featured artists include pop superstars Imagine Dragons, Icelandic folk-rockers Of Monsters and Men, and 17-year-old Kiwi, Lorde.

Artists who were fans of the books were asked to create songs that interpreted scenes in their music and lyrics. In an interview with Billboard, Alex Patsavas, the music coordinator for the movie, said, “The goal was to tell the stories through the music and make a soundtrack that is reflective of the stories in the film and the books.” If you listen closely, you can hear several references to the Hunger Games story with mentions of “the Capitol” and “the Girl of Fire.”