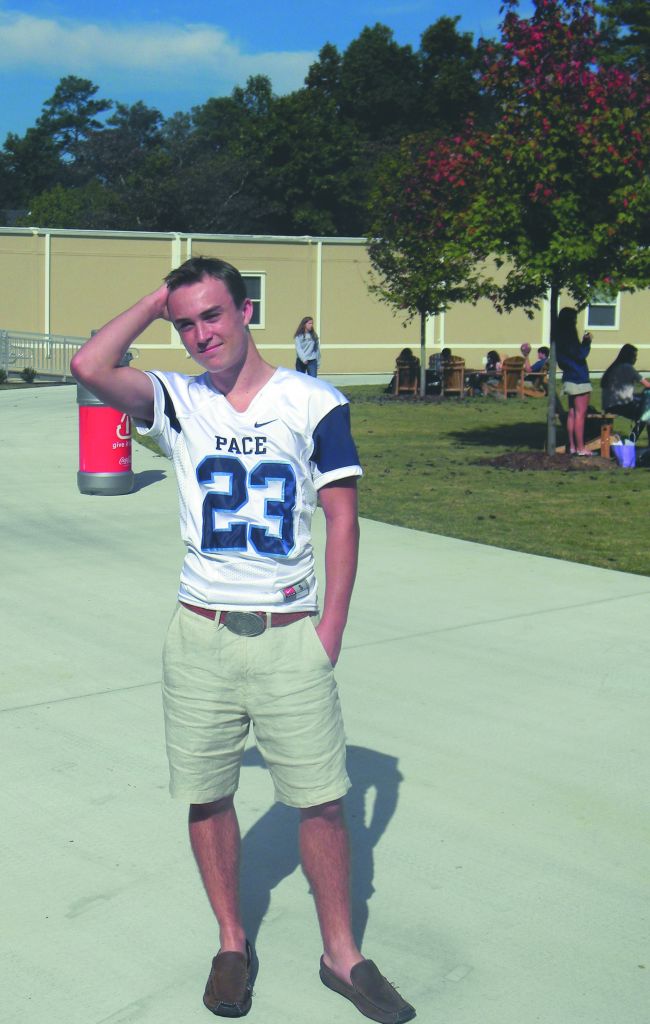 KN: So, ‘Kieran Lehane’ isn’t a name that’s heard very often. Where did your name come from?

KL: Well, Lehane is French and Kieran is Irish after Saint Kieran.

KN: Very cool. You came to Pace from First Montessori, right? Why did you decide to come to Pace?

KL: Yeah, First Montessori was a small school. Our graduating class only had 13 people. I came to Pace because the other schools I looked at didn’t have Model UN, so that was a major factor.

KN: I’ve heard you say before that Model UN is probably the only reason you’re still at Pace. Why is that?

KL: I really just like going there. You learn how to write papers, you meet a bunch of interesting people, you learn public speaking [and] you learn how to get your point across quickly and effectively.

KN: What are some interesting experiences or stories from Model UN?

KL: Um, yeah. At GW last year we were just in the subway and I was talking to this Navy officer. He was telling me a lot about aircraft carriers, and apparently they don’t tell first-timers that when you fly off an aircraft carrier you instantly drop ten feet.

KN: [laughs] So besides Model UN and being a first-time football player, what activities do you do at Pace?

KL: Well, Mr. Holifield and I just started the ‘Bow Tie Club,’ so that’s gonna be a lot of fun.

KN: Yeah, what do you plan to do in the Bow Tie Club?

KL: We’re designing and ordering our own Pace-themed bow ties from Vineyard Vines or Brooks Brothers. There’s gonna be a big brother aspect with the Middle School. We’re gonna help start their bow tie club in the spring. And we’re gonna see a movie all dressed up in bow ties with the Indie Film Club at some time. The possibilities are endless, really. I mean, you’re in a tuxedo, what do you wear? A bow tie.

KN: Exactly. Straight tie just doesn’t work, you have to go with a bow tie. Um, there’s been a lot of talk at Pace about your social life and that you may or may not fabricate stories about it. What would you say to these accusations?

KL: Um, I could see where some people might think there are false stories. I guess people just see me as a questionable person. I mean, I could see that.

KN: But you say they are true. Are you going to stand behind that?