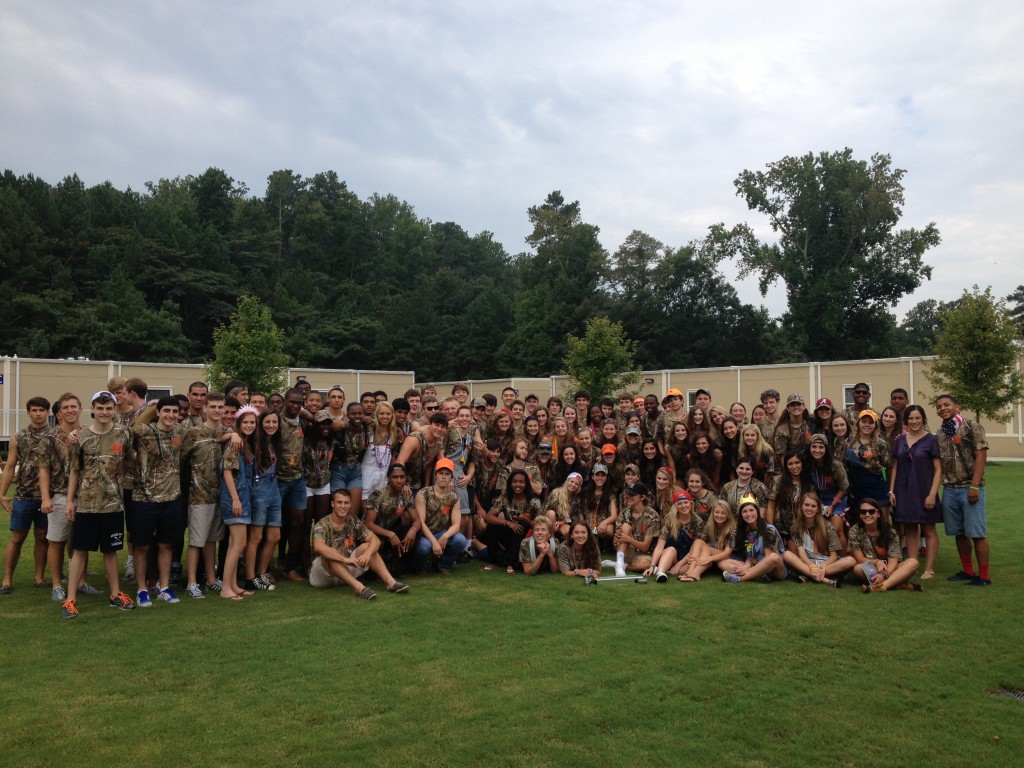 The Class of 2014 bounded into the FAC on their last, first day of school with whistles blasting and toilet paper raining down onto the stage and seats. It is hard for some to believe the time has come for this class to be graduating from Pace Academy. “It still feels like we are juniors,” said senior Mary Liles Fiveash. Although not everyone may have fully comprehended their new status, these students have already begun to make their mark on the Academy.

Class dean Ms. Riley said of the seniors, “They are spirited, creative, and very diverse.” The Class of 2014 will be the first and only graduating class to experience the academic village. Some classes would be bummed to spend their last year at Pace in trailers, but the Class of 2014 has embraced it, showing their easy going natures and positive attitudes. Their “Trailer Trash” theme was controversial, but when asked if the Class of 2014 was indeed trashy, senior Riley Muse responded, “Not trashy at all, but very classy.”

Not only does the Class of 2014 have a positive attitude towards the major change in their learning environment, they are changing life at Pace itself. Seniors Kameron Uter and Osei Avril began a tradition last year called “Free-Style Fridays.” The tradition began with Osei spicing up Friday morning assembly with a freestyle rap. The tradition continues with the two offering up raps nearly every Friday, and Kameron and Osei encourage any brave soul to join in. Senior Kenny Selmon is the founder of TMV (Thursday Morning Volleyball), now rivaling PAPUBA, some would say, in status and popularity. Another innovative senior, Nathan Sokolic, initiated the Pace Academy Board of Diversity, now in its second year.

The Class of 2014 is characterized by exceptional athletes as well. Standouts can be found in practically every sport. Denzel Franklin committed to play football at Stanford, Jared Datoc will play baseball at Georgia Tech, and Kenny is competing in hurdles internationally, to name a few. Seniors also excel in the arts. Many received Scholastic Arts Awards for their art and writing last year, including Gold Key winners Jason Malik and Sarah Sukin. These are just a handful of the many talented students the Class of 2014 brings to the Pace community.

All classes that graduate from Pace are original in their own way, but the Class of 2014 has the whole package, from athletics to the arts and service. Although the year has just begun, the senior class is already showing signs of being the most well rounded and memorable grade to go through the Academy in recent history.