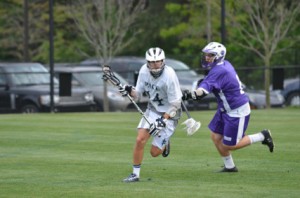 The lacrosse team has had a solid season this year because of a combination of experienced upperclassmen and talented underclassmen. Seniors Parker Draughon, Jakob Gorgens, Cal Harris, Zach Lamb, Theo Levine, Connor Perkey, Brandon Stoll, Andrew Thurman, James Walsh, and Jonathan Webster led the team to a 6-6 start against a number of AAAAA powerhouse schools. While most teams only rely on the senior class to perform, this year’s lacrosse team has five freshmen who have all seen considerable amounts of playing time. Leading this pack of capable freshmen is Matt Tanenblatt who holds a starting position at attack.

The lacrosse team has not solely focused on competition, however, as all the players enjoy playing and practicing together and getting to know their coaches. For example, Tommy said, “Coach Carpenter does this ‘Woooooo!!’ thing whenever someone shoots a hard shot or makes a good play, and as a joke, the team tries to do it without him catching on. For the last couple of games, Wilson has been out with a back injury, so while he was on the sideline, he counted Coach Carpenter saying ‘Woo!’ 12 times.”

As a tribute to the senior class, some of the underclassmen lacrosse players asked to say a few words to the seniors. Josh appreciates “the leadership of the seniors and the great inspiration to promote playing hard and trying our best.” Wilson said, “Parker is my favorite senior and is like a brother to me.”