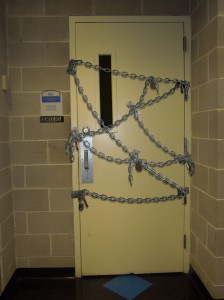 Senior Anh-Bao Tran-Le said, “I have little regret about my actions this year. I only wish the foosball table had been saved because I am considering going pro.” The foosball table was not the only piece of Pace history destroyed this year, as multiple VCRs and GameCubes were destroyed as well. Also, a family heirloom was stolen from a student who wanted to remain anonymous, that is worth over 10,000 dollars. The family heirloom was a part of the student’s English project and was left in his/her backpack, which was left in the senior cellar during lunch. Because of the lack of video cameras, neither the heirloom nor the thief were ever found.

Pace Alumnus and member of the Class of 2011 Will Brewster said, “The foosball table was not the senior class’s to break. I, along with my [foosball] partner Michael Hopkins, put my sweat and tears into the foosball table, and the thought of it being destroyed is sickening. If it was up to me, no future senior class would ever be allowed in the senior cellar again!”