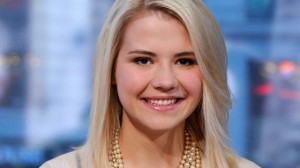 Elizabeth Smart, the heroic kidnap victim, paid a visit to the Academy on Oct. 14 to speak to us about her unthinkable nightmare, or so we thought. On June 5, 2002, Brian David Mitchell broke into the Smart residence, snatched the 14-year-old Elizabeth from her bed at knife point, and carried her away on a five-hour hike to his secluded camp in the woods of Utah. Ms. Smart endured the unimaginable for her next nine months of captivity. She was found on March 12, 2003 and her nightmare finally ended. It was not until May of this year that her abductor was convicted of his crime and given a life sentence. Mitchell’s wife, Wanda Ileen Barzee, was sentenced to 15 years in 2009 for her role in the kidnapping.

Pace students were expecting to hear about Ms. Smart’s struggles, but the assembly was turned into an information session about RAD Kids and Keep Georgia Safe. Some Upper School students were thrown off by the assembly. Senior Haley Zwecker said, “I was excited to hear her tell her story, but I was kind of disappointed that she didn’t even mention it.” As students learned later, Ms. Smart did tell the story of her kidnapping experience at the Pace parent luncheon the same day. Mr. McAdoo said, “I think [the Smart family] tried to cram too much in their time in Atlanta, as we were last on their list of engagements for the day and there was a big difference in their ability to communicate from the parent luncheon to the student assembly.”

The Smarts thought they were going to be speaking to a younger crowd, and it showed with their delivery, especially when Ms. Smart asked if anyone had heard of golf. Ms. Smart should have been the star of the day, but it was Reggie the body guard who stole the spotlight. One student said, “It would have been really interesting to hear her story of the kidnapping, but instead we heard a pitch for something that is not relevant to us.” Many students still enjoyed the assembly, mainly because of Reggie, but teachers as well as students were left with the question, “What is RAD Kids?” or “What did that have to do with us?” Regardless of Ms. Smart’s flawed delivery and content, the Pace community still had a treat with her visit. Ms. Smart did inform the students that she is living her life to the fullest and has moved on from her horrific experience, which provided inspiration for all in attendance.