“I wish I was a senior!” freshman Anna Hoffman said energetically but with a tinge of longing, obviously envious of her brother, senior John Hoffman. There are eight seniors who have freshman siblings this year, an unusually high number, especially considering that there are only 86 seniors. The freshmen tend to enjoy having their siblings around them in such a small school. For the seniors, however, it may be a little too close for comfort. In fact, the one adjective that seniors used to describe the feeling of seeing their little sibling suddenly a student in the Upper School was “weird.”

The freshmen are happy being able to recognize their siblings’ friends. “It makes the first day just a little less intimidating,” freshman Hannah Kelly shared. “‘I’ve met some people in my sister Robin’s grade over the years, so I don’t have to be terrified,” freshman Christopher LaLone said. He feels lucky to “have someone watching my back at this school and someone who can drive me other than my parents.” Additionally, the parents of all these sibling duos are no doubt pleased to be able to recycle a few costly textbooks. Another bonus of having a senior sibling, according to the freshmen, was having someone to show them around so they didn’t look like, well, freshmen.

Nevertheless, having big brother around isn’t always great, Anna said. “Sometimes John bugs me about being out of dress code and threatens to tell Ms. Smith,” she said, rolling her eyes. Even having a chauffeur isn’t all that it’s hyped up to be, she reported, saying that John “is always making me hurry and yelling at me to get out the door and get into the car.” There are these minor annoyances, not to mention all the pressure that freshmen “absolutely” feel to reach their sibling’s academic level, said Anna. But she conceded, “My parents want me to be my own person and we balance each other out.” Hannah said that her brother, senior Grant Kelly, “is really cool and hilarious and attracts a lot of attention” but she hopes that “people don’t think that I’ll be just like him, because I’m quieter and more reserved.” Christopher confidently asked, “What could be worse than being a freshman with a senior sibling? For instance, when she writes all over the car in bright colors that read, ‘Honk I’m a senior!’ it’s kind of embarrassing when people stare at me as they pass us on the way to school.”

The seniors themselves have mixed feelings. “It’s like having a pet rabbit,” senior Maggie Swain explained, “Everyone thinks it’s really cute, but it’s actually not all that exciting. They don’t do much. They stare at you a lot.” The seniors can sometimes feel disoriented when they see their younger sibling in the hallways; they are used to the Upper School being their domain. The Kaplan siblings said they don’t see each other in the halls that often, but the LaLones, who do see one another, shared that they do a double take. “I forget how old he is!” Robin said. Senior Ally Eisenberg said that it was weird seeing her brother Scott in the halls, since they haven’t been in the same school since elementary school. The seniors feel protective of their little siblings…to an extent. “I got to fill Chris in all summer long about the Upper School. I think I got him pretty scared for the first day of school,” Robin confided. John said that it’s “hard for me to grasp that [Anna] is growing up. But now she can give me the scoop on all the freshmen!” 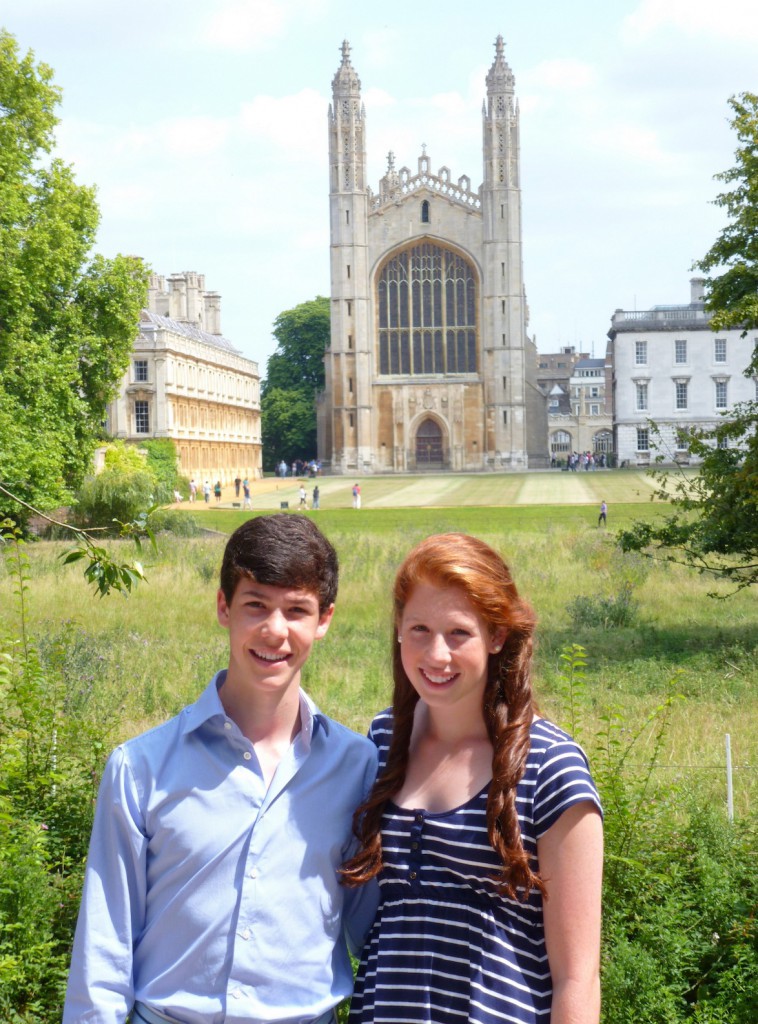